Artists all over the country know that if they want to secure a mega hit, all they have to do is contact super-producer DJ Montay.

Montay Humphrey exploded with back to back Top 10 hits in 2008 alone. His most successful claim to fame is producing the number one smash hit “Low” by Flo Rida featuring T-Pain. “Low” stood at the number one spot for 10 weeks on the Billboard singles chart, and was one of the biggest songs of 2008, with 450,000 digital downloads in one week and earning two Grammy nominations. 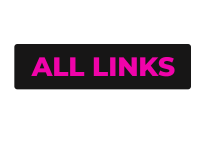